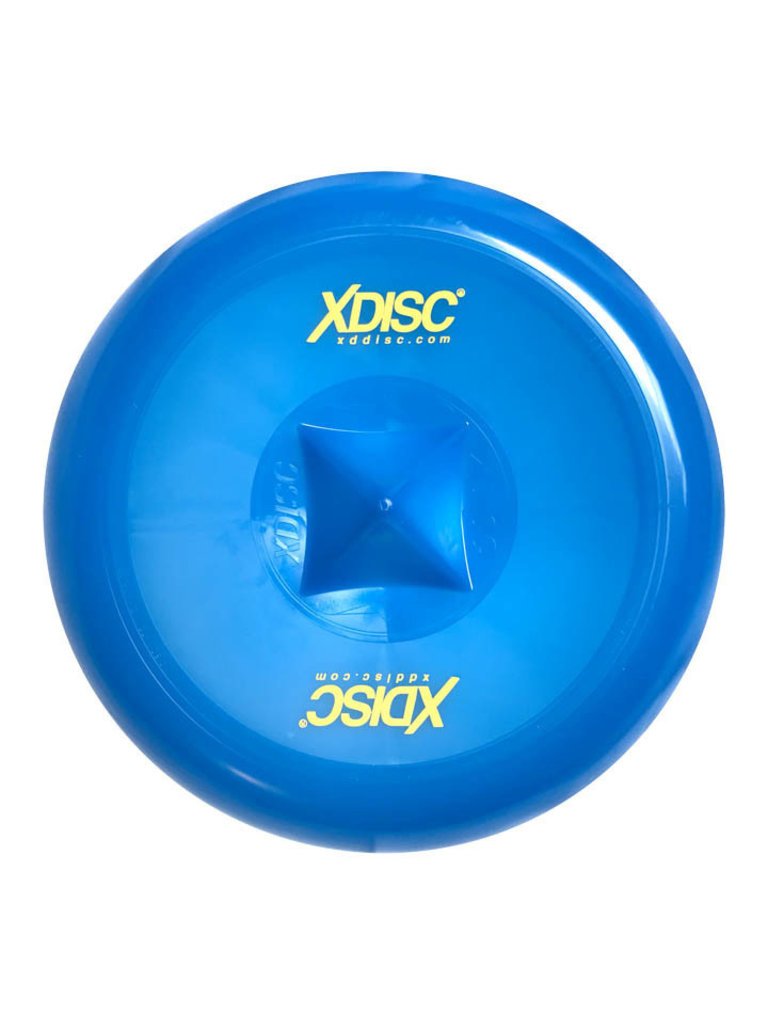 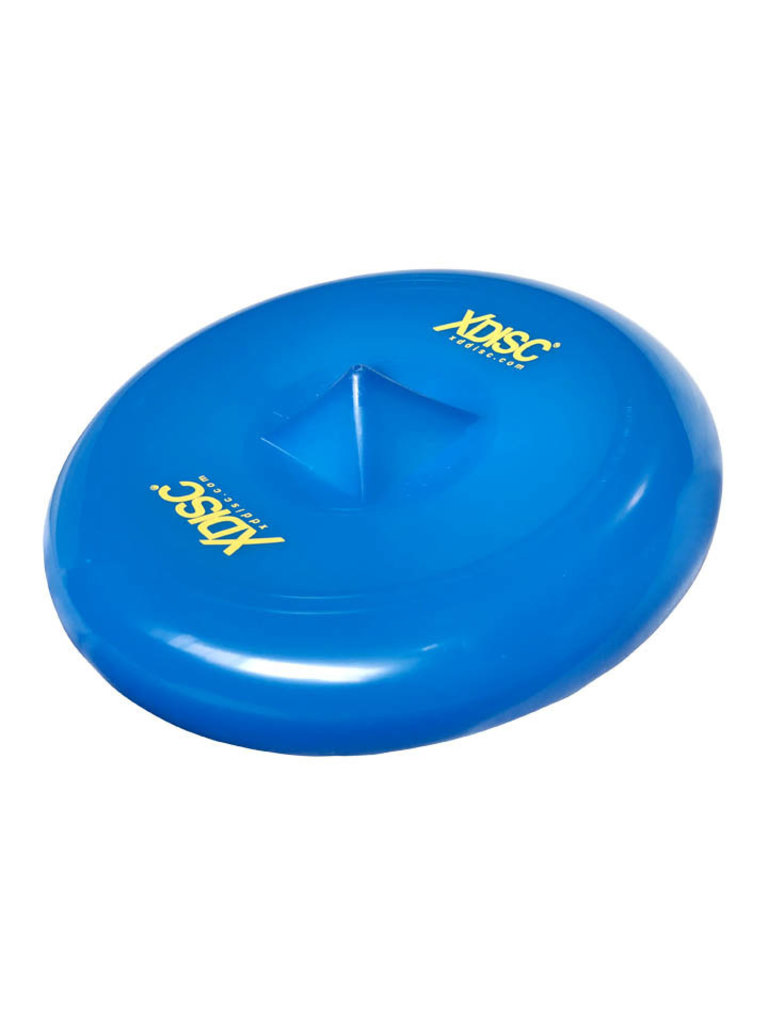 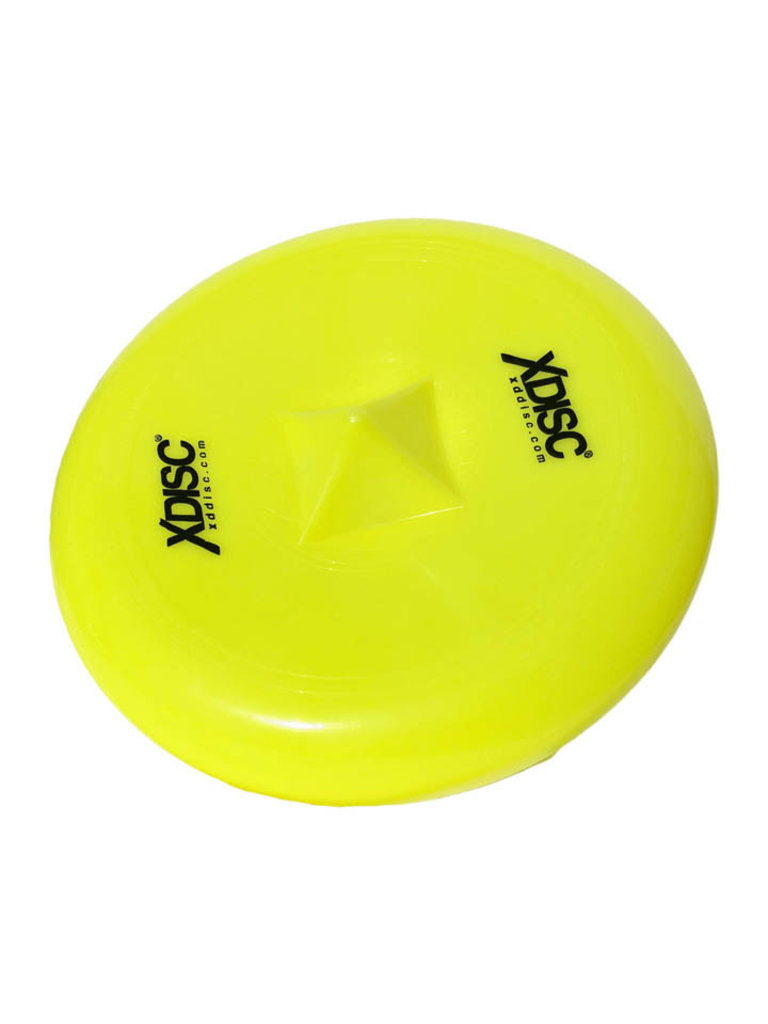 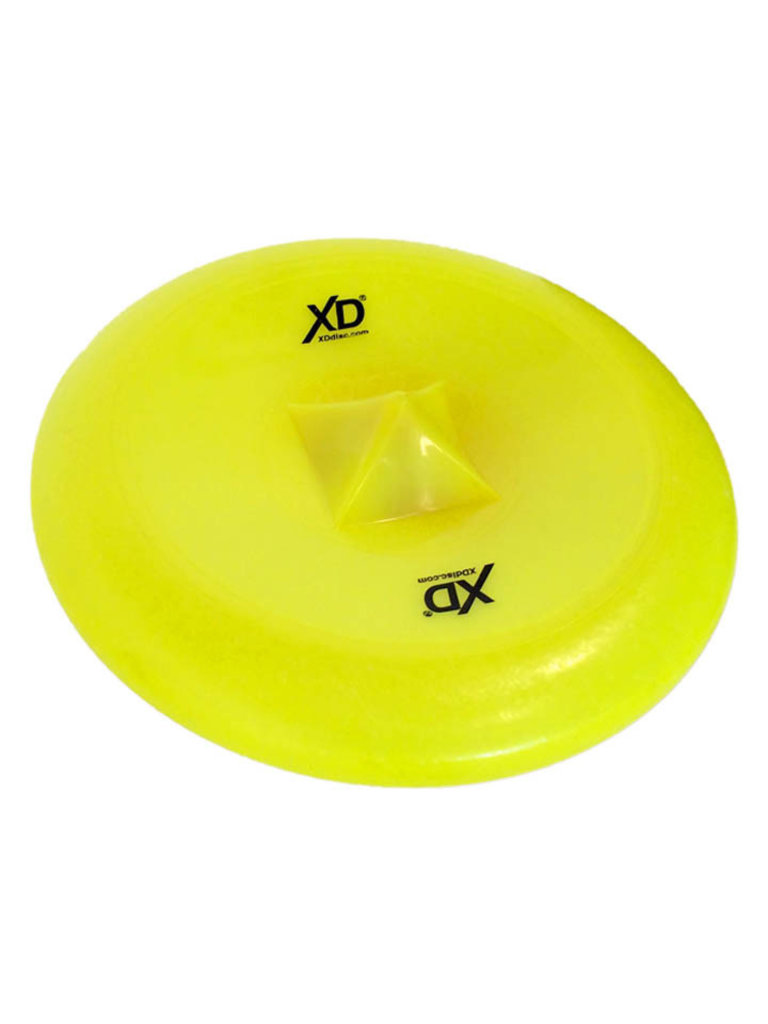 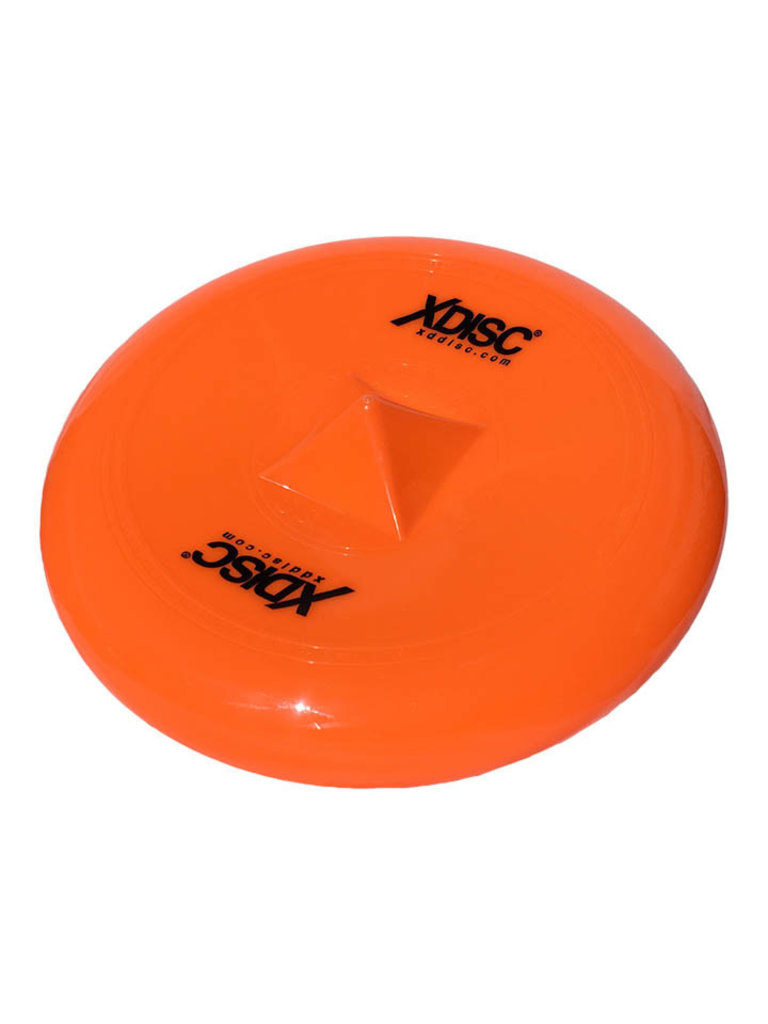 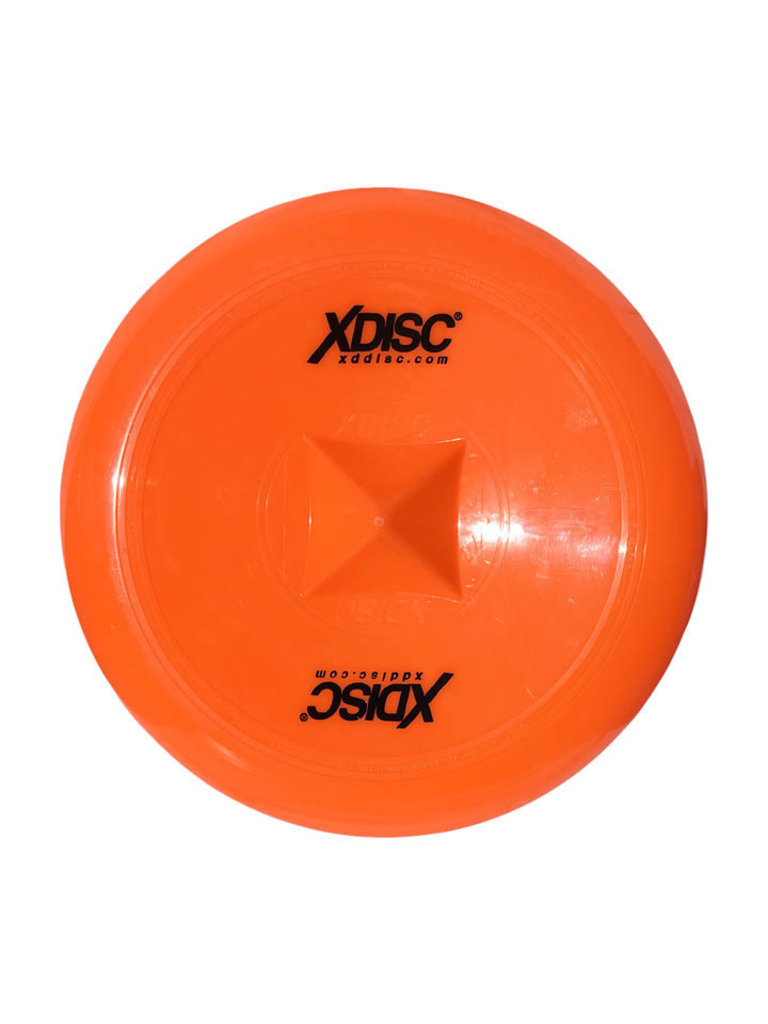 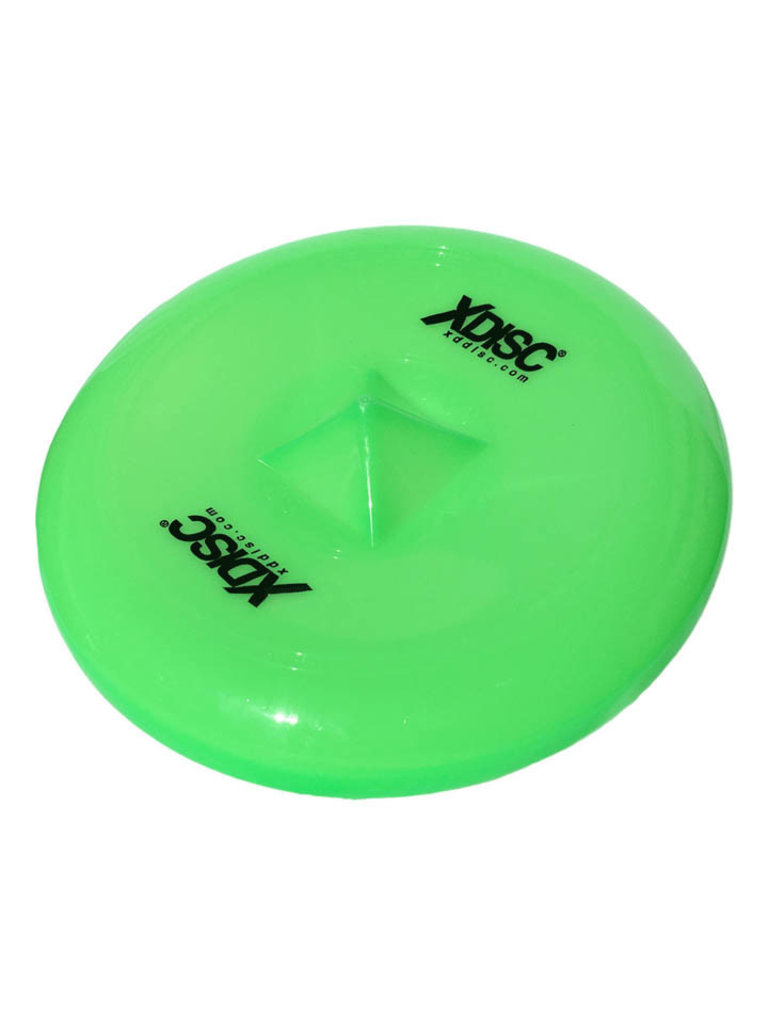 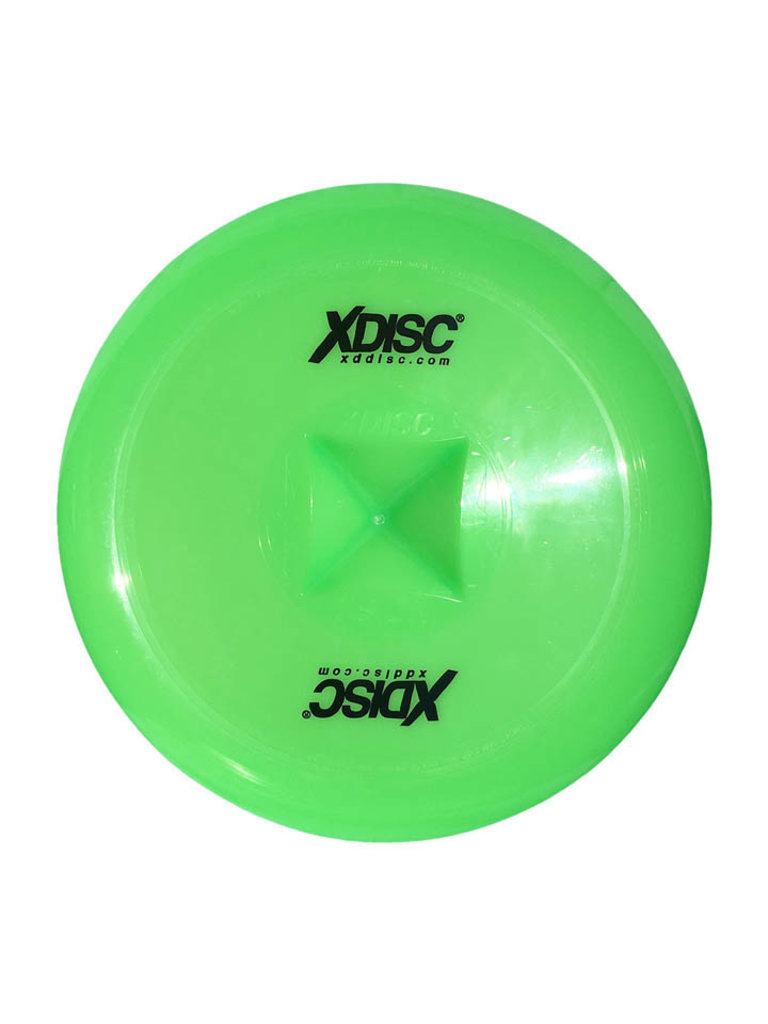 C$15.99
XDISC
6 In stock
XDISC is the worlds most versatile flying disc. A patented gull-wing profile provides super accurate and stable flight even at low-speed. The XDISC's superior aerodynamic design makes it simple for beginners of all ages, and the concave flight plate all
Share this product:

XDISC shatters the status-quo, traditional ﬂat ﬂying disc design concept in both form and function. The features listed here help show the magnitude of change created by the central pyramid, dished ﬂight-plate, and the advanced aerodynamics built into XDISC's design. XDISC is the direct descendant of early versions of the concept, PYRA-DISC and STARDISC (see Origins). Now, with XDISC, all the elements of the paradigm shift initiated with it’s earlier version have been reﬁned and perfected for ﬂying and gaming perfection.

Because of XDISC’s evolutionary shape, the aerodynamic property known as the Coanda Effect occurs. This helps beginners get good ﬂight and improves performance.

The structural strength of the four-sided center pyramid enables XDISC to resist "taco-ing" during launch. XDISC also features a proprietary performance-tuned wall thickness for a balance of strength and weight.

Spin it upside down on its point like a top and it will balance on almost anything! All XDISC tricks and moves are made possible by it’s gyroscopic properties. Many advanced tricks work by upsetting the gyro stability, letting gamers do amazing turn-overs and other brand-new tricks.

The trick deck is specially designed for advanced XDISC moves and is the smooth circular area between the outer and inner rings of XDISC.

The pyramid acts like a rudder, creating two equal airﬂows on either side, noticeably stabilizing XDISC’s ﬂying characteristics.

XDISC’s concave ﬂight-plate and four-sided pyramid provide many improvements over ﬂat disc aerodynamics, but there’s even more design elements that make XDISC unique. Advanced rim-ratios, variable-tuned wall thicknesses, and no ejector-ring scarring are all exclusive XDISC improvements that provide a better gaming and ﬂying experience for everyone.